What a day, three brother now all with 100s at the club. Trent Hayes 111 in McIntyre. Great win for the club scorin… https://t.co/D23Stg9az72 months ago
RT @RupoFNC: Hi, everyone. after a bit of a hiatus, we're back!! Go Rupo!!6 months ago
Special guest on Sunday guess who??? He was a Tim Watson medalist https://t.co/9D1fYwJKrr11 months ago
Our 2nds and 3rds in finals this weekend, Home for both main ground and next door on the pines. Get there Saturday… https://t.co/2oRyxacXQk11 months ago
AFL supercoach Draft for the cricket club running this season, code 181213 get on for a draft comp boys, some good… https://t.co/g9Ipwx5HVt11 months ago
Tomorrow and next week cancelled for cricket due to covid but all is not lost. Daniel Kavanagh is still the EDFL Ti… https://t.co/bOJKC6rFrD1 year ago
Good turnout season is on. https://t.co/YeXvYI3gn61 year ago
Great day for the club as a start to the season with Father John from Salesian. https://t.co/rbKMyWdJlV1 year ago
Training last night, healthy 6 teams plus this year. Every team and every player deserves the opportunity and time… https://t.co/jGpkwAuvkE1 year ago
What a start all. New players and 6 teams to start the season. https://t.co/gTUJAghavQ1 year ago

Check out our upcoming events…
Sunday 10 February, 2013
Rupertswood CC XI vs MCC XXIX
Annual One Day Match to be held at Rupertswood Main Oval, commencing 11.00am.

Saturday 23 February 2013
McGrath Foundation Pink Stumps Day at Rupertswood.
High Tea to be served from 3.00pm-6.00pm. $20 per head.
All proceeds distributed to the McGrath Foundation – more details to follow.

The annual Rupo Trivia Night is nearly upon us again. As per usual we’ve got a great night planned at the clubrooms. We’d love to see all our Rupo members and friends on the night! Please click the flyer link below for all details:

Our young champ Daniel Kavanagh writes a gripping account of the GDCA’s U16 Representative side’s journey through the Keith MacKay Shield competition to a premiership victory! Read on…

Brady Penticoss, Liam Kane and myself were selected to represent the Gisborne District Cricket Association in the annual U-16’s Keith MacKay Shield run by the Victorian Metropolitan Cricket Union. I’ve played cricket with Liam and Brady for at least four years now, and being able to represent the district with these two was a great experience.

We were scheduled to play five round robin matches, three in towns across Melbourne, and two at Rupertswood.

Our first match was against Yarra Valley C.A. and we couldn’t have asked for a better start, bowling them out for 82 with Liam and Brady bowling very well. We scored the runs with only 2 wickets down and showed we were a level above Yarra Valley C.A.

For our second game we hosted Ringwood District C.A. at Rupertswood and posted 156 after batting first. Coming out to bowl we were confident we could win. Both Liam and Brady again bowled well but Ringwood just got the points in a nail-biting finish. Even though it was a close loss, we learnt a lot from the match.

We travelled to Epping on a Friday for our third match. The weather forecast was for over 36 degrees so the match was scheduled at 30 overs a side. We were sent into bat and scored 105 off our 30 overs – which we never thought was enough. We began the attack for the win very well having them 6/35. But as can happen, we ‘took our foot off the gas’, letting Ringwood back into the game until they needed 18 off the last two overs. This was the same situation we were in just a few days before. We spent some time speaking to the bowlers and setting the fields, and lucky enough – with Ringwood needing 7 off the last ball, we prevailed.

We started the second week back travelling to Rowville to take on Ferntree Gully C.A. We were sent in to bat with our openers getting us off to a handy start at 1/50 off 15 overs. We then collapsed and were bowled out for 103. A shout out must be given to Ferntree Gully C.A. for the lunch they provided as it was a Five Star Meal, although our performance for the day was far from the Five Star. Ferntree Gully chased down our 103 with 4 wickets down and in 28 overs so even though Brady and Liam bowled exceptionally well, there was too much work to do for the points.

Our final round robin match was against Eastern C.A. Not having a lot of luck batting first we took on the challenge of chasing runs. We kept Eastern C.A. to 132 from their 45 overs. Our batters dug in and we finished the game in 28 overs with 2 wickets down.

We were worried after the round robin games whether we’d in fact make the finals. Luck fell our way however and we made the semi’s and and were scheduled to play Ringwood. Ringwood batted first and after having them 3/26 they ground out an impressive 5/177. Although it was a large total the ground was fast and we had a decent batting side. We were confident we could chase down the total. Our openers got us off to a great start being 1/61 and we then had a few partnerships grow. I was batting towards the end of the innings – it felt quite similar to the position I was in the last senior game before Christmas. Not wanting the same result I began to get nervous, as I’m sure everyone supporting us was. The situation to get into the Grand final was this: we needed 8 off 10 balls. My batting partner at the time, Ben Whatman from East Sunbury CC, said to me at the start of the over, “I’m going to try to hit a boundary to make the total easier if it gets to the last over.” And that he did, hitting two massive sixes over mid-wicket to get the GDCA into the Grand Final! It was a fantastic feeling knowing we were going to be playing in a Grand Final in a few days time!

We discovered that in the Grand final we were to play Ferntree Gully who had embarrassed us a few games earlier. We were determined to go out there and give the Grand final our best shot, and we won the toss and elected to bat first. This oval was one of the worst grounds I’ve played on. We got off to a fantastic start being 1/45 but scoring runs quickly. We then had our two best batters in at the crease – Stephen Treweek from Sunbury CC who was man of the series by a country mile, and our captain Rowan Stott from Romsey who was awarded man of the match scoring a memorable 101*, the two putting on 150 in 30 overs. It was great to watch the two bat together. We then sent the big hitters of the team in and made our way to a total of 5-252 of 45 overs. Heading into lunch we were so happy to have so many runs on the board yet we knew Ferntree Gully was a good batting and that we had a big job ahead.

Coming out to bowl we were confident and knew we were close to a grand final win. We couldn’t have asked for a better start having Ferntree Gully 2/1 off the first over – it was the perfect start! We then kept taking wickets on a ground which was extremely fast. As we were getting the middle order out quite quickly, I knew a Grand Final win wasn’t far away. Their tail wagged a bit having two batters swing at the ball as hard as they could. As the last two wickets fell within 3 overs the game was over and we’d won the carnival. It was a great experience and one I won’t forget anytime soon. It was such a relief to beat Ferntree Gully who’d smashed us last game and went into the Grand Final very cocky. It was an amazing experience to win a Grand Final. There is myself and one other boy who have now gone through the representative system winning three Grand Finals for the GDCA, there was 9 players of the 13 who had played in last year’s Country Week Grand Final, and 4 of the boys experiencing their first GDCA Grand Final win.

I was really impressed with the way Brady and Liam played throughout the carnival, really showing the potential both of the boys have.

I’d like to thank our coach (and my dad) Peter Kavanagh for everything he did during the carnival, along with both Brady and Liam’s families for the support they showed as well because without their help, the boys wouldn’t be able to experience Grand Final success like we did.

On behalf of all club members and friends, President Mick Riley would like to congratulate our McIntyre debutante Nathan Shoesmith on gaining his first cap at top level, and for a great effort on Saturday – well done Nathan! 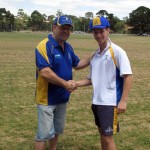 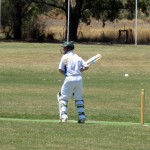 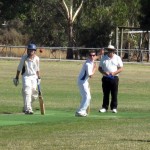 A note to all Under 11 players from Coach Mark Lane:
Training will recommence tomorrow afternoon (Wednesday 16 Jan) at 5pm – looking forward to seeing you there.

The proofs are in from the first-ever Rupertswood Cricket Club whole-club photo shoot!
In anticipation of receiving the high resolution versions, we have this low-res proof to tide us over while we wait. See if you can spot yourself! Stay tuned for more info regarding the hi-res photos in the coming weeks…

Register for a Rupo website account to be notified when new posts are published on the site.
Register

Thank you to our sponsors